You got the job! But something doesn’t seem quite right… How do you know when to reject a job offer?

Maybe the salary wasn’t quite what you expected, you don’t feel you’ll get along with the hiring manager, or you just don’t think the company is the right fit for you. Whatever the reason may be, there are 5 things to consider when deciding whether or not to reject a job offer.

In the event that you want to negotiate a better deal, don’t decline the company’s offer outright. Once you’ve declined, there’s almost no chance that you’ll be offered the position again. Take some time to think about what salary, benefits package, or extras you’d be happy with – then negotiate with the hiring manager.

If you feel that the salary isn’t fair compensation for the amount of work or your level of expertise, but you’re still interested in the job, try to negotiate a higher rate. If you’re unable to do so, see if you can arrange for an extra week or two of vacation time. However, if the company isn’t willing to compromise and is standing firm with their initial offer, it’s probably time to decline and move on.

During your interview process you met your future supervisor, and something about them rubbed you the wrong way. Maybe they remind you of an old boss you disliked, or you don’t feel you’ll respond well to their management style. In this case, consider the saying, “people don’t quit jobs, they quit bosses.” Everything about the job could be wonderful, but if you don’t get along with your manager, you’ll probably be job hunting again sooner than you expected.

Advancement should be a major factor when you’re considering taking a new position. For entry-level jobs, you’ll want to be clear on whether or not the organization promotes from within. Try to choose a company that has a clear, realistic career path. If an organization’s timeline for promotion is slow, consider passing up the offer. Be deliberate with your choices when you’re beginning to launch your career.

If you heard that the organization has had significant turnover in the position you applied for, consider this a massive red flag. While people leave jobs for any number of reasons, a company that has trouble keeping a position filled has much deeper problems. In this case, it’s probably best to set your sights on another opportunity.

Rejecting a job offer isn’t an easy decision, but it’s better to turn down a position rather than accepting and quitting a short time later. 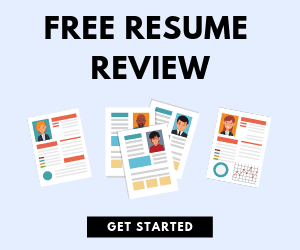 Back to Top
Refresh